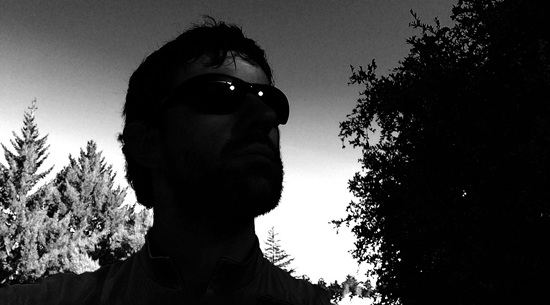 Hi Chris, so we come to you as 2013 draws to a close – has it been a good year for you and your music?
It has been an interesting year as far as experimenting with new sounds and seeing where that takes me. Starting the Fifth Interval label was something I had wanted to do for a long time. I had plans for more releases in 2013 but there were some holdups with a couple of labels I was working with, so hopefully 2014 will see more in the way of releases. I also intend on releasing Fifth Interval 002.

In 2013 you’ve started your own label Fifth Interval, what are your plans for it?
The plan with Fifth Interval is to use it as a platform to get my own music out, but always with other artists getting involved in remixing. It’s a vinyl only label so I don’t intend on releasing more than 2-3 records a year.

You’re doing music for more than 15 years – how did you start and what shaped your sound? I just read that you’re “heavily influenced by dub reggae recording techniques”. Tell us something more about that, please.
I began writing music and experimenting with synths and drum machines through a good friend in Scotland. This was around 1989 and he had an amazing setup. Roland TR-808, 909 and 101’s, Junos, a TB303’s and no computer. Everything was sequenced through an old Ensonic ESQ1 and an Akai sampler. This, combined with my love for early detroit techno, Transmat and Metroplex records and the burgeoning British electronic scene, influenced me in a huge way. In terms of dub reggae I am really into the sounds of Prince Jammy, the Scientist and King Tubby, the way they used to ride the faders to build tracks on the fly. I always loved that and tried to bring some of that character to my own music.
This influenced my use of old vintage tape delays and spring reverbs. There is a character and imperfection that I just love which you can’t get anywhere near with software – the way the echoes decay and do really unexpected things.
On a more contemporary vain Moritz Von Oswald’s Rhythm & Sound work is a major influence 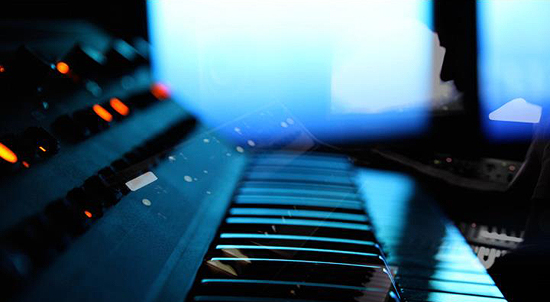 Originally you’re from Scotland, these days you live in San Francisco – when and why did you move and how is the scene for electronic music in SF? Are there lots of opportunities for you to dj or play live?
I was living in London for many years after I left Scotland and the opportunity arose to come out to California. I jumped at it and haven’t looked back. As far as the scene goes in San Francisco, I know that people like BV Dub are living here but I’ve not heard of any live gigs. Playing live is something I’d like to get round to doing but I don’t have any firm plans yet.

There’s not much info and no pictures of you on the internet – is that on intention, do you want to stay anonymous? What do you do for a living in SF?
I really don’t like the idea of my image representing my music. I have a passion for telling stories through music and hope that I can communicate with others on a deeper level through experiencing and listening to my music. I would happily stay invisible as long as my music reaches people. But if I play live I don’t think I will do that whole Techno mask thing (laughs), like hiding my identity on stage, that’s just ridiculous.
I work in film, video and tv commercials as an Art Director when I’m not writing music.

Thank for you’re contribution to the Ashorecast series. How was it recorded and is there a concept to it?
Thanks for the invitation to mix for you guys. My concept was to use tracks that have influenced me on a personal level. Each track has a way of telling a story and taking you to (or at least me) to a deeper place, on a journey. It was recorded with vinyl only and then brought into live and cleaned up, subtle effects, EQ etc.

Which have’ve been your favourite 5 releases from 2013?
Thats very tough as there was a lot of great releases but here goes.

What’s coming next for you?
Not really sure about 2014 for gigs but releases are planned for sure. I’m moving to a new house in SF this month and I’m planning on building a new studio in the garage, which I can’t wait to start. I want to rebuild the studio from the ground up which is a big deal. I have loads of old synths and kit that I need to get my head around when wiring it all up.