How long are you in Berlin now? Where exactly are you from?

I’ve been living in Berlin for 11 and a half years now… I’m from Dublin and I moved to Berlin when I was 20. 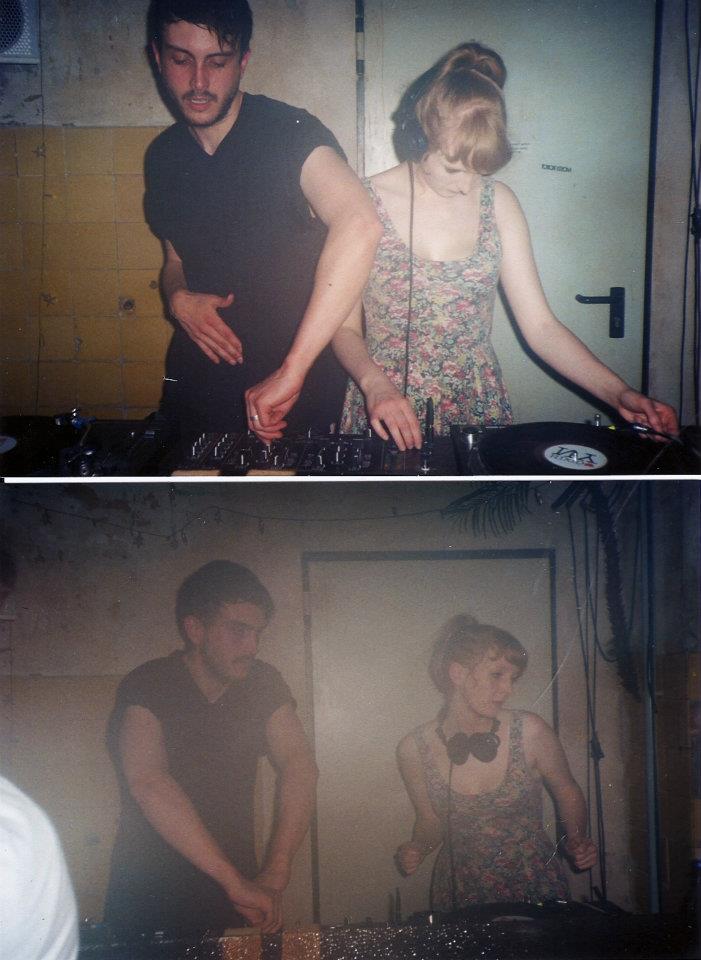 When was your very first DJ-gig? Tell us about it!

My very first DJ gig was in 2012, when I was working at Kleine Reise, a basement club in Kreuzberg. I just remember starting off playing new wave and post punk music, only owning a few electronic dance tracks which I then decided to play at the end of my set just for a laugh. I had so much fun playing those electronic tracks that I started to search for more tracks for my next gig. As I was working in Kleine Reise and then later Loftus Hall every weekend, I was exposed to a lot of amazing music so my taste started to develop back then without me realising exactly what I liked. I knew what sounds I liked but couldn’t tell the difference between house, techno and tech-house at first, so my friend Mark Flynn (The Drifter) helped me to understand the difference one night while dancing at Kleine Reise by making hand signals for each genre… a triangle for house, a T for techno. It was mostly just a joke but it actually really helped!

One of your first jobs in Berlin was at a booking agency, what was it like?

I worked as a booking assistant at an agency called Sweat Lodge. I took care of the itineraries for the artists, sent contracts and checked them in for their flights, that sort of thing. There was a lot of chasing after promoters trying to get important details! The agency also had a radio station ‘Sweat Lodge Radio’ and every Friday we would do live streams called the ‘T Room Sessions’ out of Prince Charles club in Kreuzberg. There was a lovely little community who came to those events. I also got to start my own show ‘Naive Melodies’ on the station but only ended up having 3 episodes before the agency decided to close the station. Hopefully one day I’ll be able to continue the radio show.

You now work as a sound engineer. What do you do in your job right now? In which direction would you like to develop professionally?

I’m currently doing a lot of audio editing work – editing, mixing and mastering audiobooks as well as editing voice overs for TV shows. I’ve started learning about sound design too because one of my goals is to do sound design for film in the future. I’m working on my own music productions and compositions too and would love to work with other artists in the future, be it recording them or doing their mixdowns. So far I’ve mostly worked with bands so I’m trying to see how to translate the work across into electronic music. 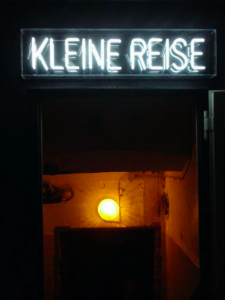 You’re part of “KR family”, which refers to Kleine Reise, a former club in Kreuzberg. What did Kleine Reise mean to you? Is KR family still active?

I mentioned above how I was working at Kleine Reise, and later Loftus Hall from around 2010-2013. I worked behind the bar, on the door and in the cloakroom – it was such a small place that you ended up doing all sorts of jobs. It became our living room and the idea for parties there was that it would be almost like a house party. The bookings were fantastic and way ahead of the curve – there were some really big names playing in there. It was a really special and important time for me. I met some of my best friends there, as well as it being the place where I started to DJ, so it really means a lot! It was a really fun place with no pretensions where everyone was made to feel very welcome; basically just a cosy, friendly, sweaty houseparty with excellent tunes.

The KR family is still active in that many of us still DJ together sometimes and have all remained good friends. Every now and then, a Kleine Reise party will take place and of course, the guys are still running the label ’Kleine Reise Records’.

You also hosted a party series called “Naive Melodies” with parties at Bohnengold, Loftus Hall and Stattbad Wedding. Are you still continuing it? 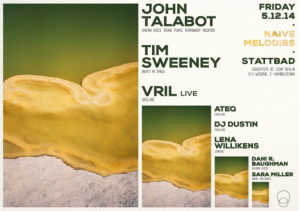 The Naive Melodies parties started in Kleine Reise, when a few months after my first DJ gig, Dara (one of the owners) asked me if I’d like to start my own party. After I had put on a few smaller parties with local DJs, my friend Meri Bonastre joined me and we started to book some bigger international names and also did the party at Stattbad. After Meri moved back to Barcelona and started her booking agency Futura, it felt like the right time to put the party on pause. Although I did put on a few small parties after that, I started studying sound engineering soon afterwards and I didn’t have as much time for it. I would love for Naive Melodies to continue as a record label at some point in the future.

Tell us a bit about your mix: What was your idea behind it? Are there some tracks you’d like to highlight?

The opening track is an arpeggio-laden atmospheric track which sounds like it could have been on the soundtrack to a sci-fi show in the 70s… I really liked the imagery this track brought into my mind so I tried to continue the journey that this imaginary spaced out soundtrack might have taken.