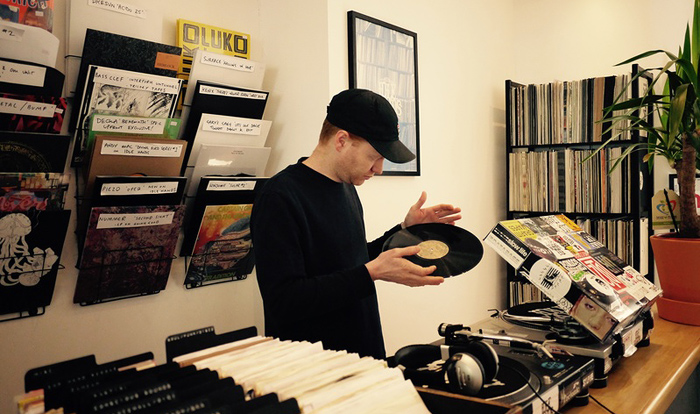 Hey Chris, first of all congrats to (almost) 10 years of Idle Hands. The first 12″ by Peverelist came out in September 2009. Any plans for the label’s anniversary?
I’m proud of what the label has done, but there is plenty more to come. I don’t want to get caught up in nostalgia. I know most people would be shouting about it but that isn’t really my style. I think the shop reaching 10 years will feel like more of an achievement, i’ll probably do a party then.

The record store opened in 2011. What were some of the most sold records at Idle Hands?
We’ve had a few. We have an ongoing relationship with the grime label Bandulu and they always sell a lot. Releases on my label always do well as does a lot of Bristol stuff. At this point eight years in it is hard pinpointing all the big hitters. We sold over 75 copies of Peggy Gou’s ‚Itgehane‚ last year which was good, a proper pop house banger. Just this week we’ve sold a ton of the first release of my friend Sean Kelly’s new label, Ghost Phone.

I don’t want to get too political here, but do you think Brexit will ever happen? And if so, are you as a shop owner prepared, or do you just hope that things will end well?
It is looming over us and yes I think it will happen. The country feels weird at the moment, a lot of awful right wing shit that has been simmering for years has come to the fore. The prospect of a no deal is not ideal for anyone working in music. I have taken some steps to mitigate what will happen but as a small business but there is only so much I can do. It has taken up a lot of mental energy this year that could probably have been better spent elsewhere. On a purely selfish note I have applied for Irish citizenship. I am half Irish so it seems like the only logical thing to do.

The country feels weird at the moment, a lot of awful right wing shit that has been simmering for years has come to the fore.
Chris Farrell

During the summer you’ll play at Love International and other festivals. Do you already have a potential favorite record for the festival season?
I think it depends on the weather. It is probably a bit easier selecting tunes for the sunshine, lol. In terms of actual tunes there are so many, I guess one of the many different mixes of The Beloved’s ‚The Sun Rising‚ is pretty good for a festival if you get the right slot. 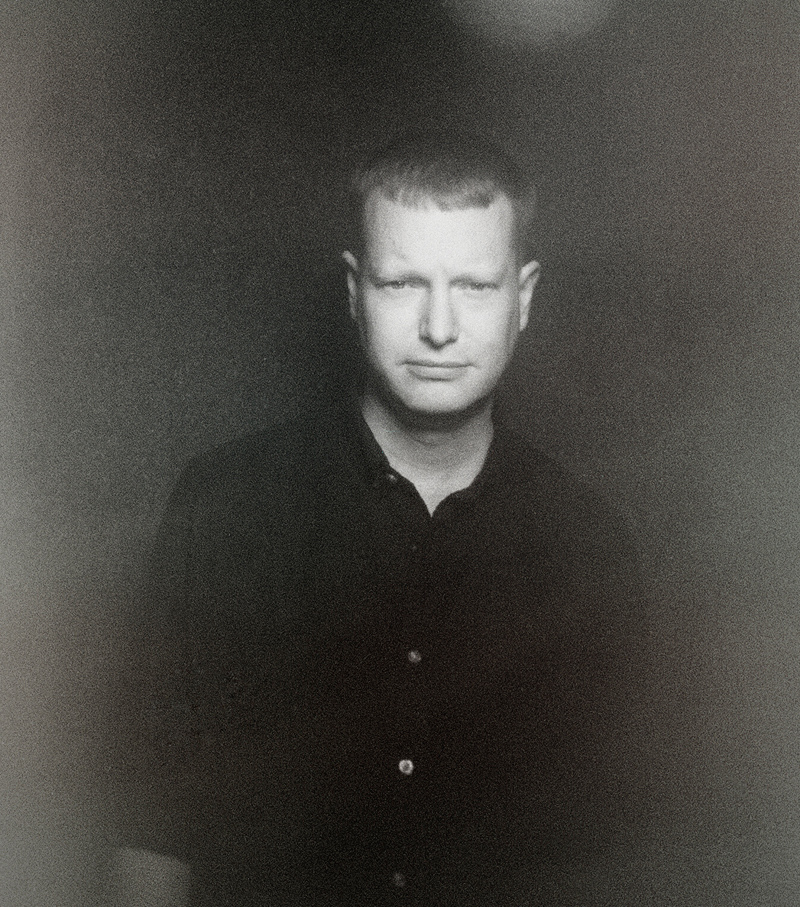 Thanks for your mix, it’s great and got me through the heat of the last few days here in Berlin. Did you have a special concept in mind or was it more some kind of spontaneous mix? How and where was it recorded?
That’s really good to hear, thank you. I have and always will be a vinyl fanatic, but my new years resolution 2019 was to finally get to grips with Rekordbox and the mix is a reflection of that. It got to the point last year where I felt I was limiting myself by simply playing one record after another. As a vinyl collector I have always just bought what I liked, whereas with digital I am honing in on tracks and loops that I know will work a floor. The balance between the two approaches has invigorated my DJing. The last six months of playing out have been the best in all my years behind the decks. I honestly didn’t think it would have that big an effect but it has. A large part of it has been taking time to go and practice a few times a week in a local studio where I can turn the music up loud and bang it out. I recorded the mix in one take in there.

You told me that you „wanted to do a purely up for it dance mix – no dub, no ambient, no ponderous stoner records, just bangers start to finish, which as a ponderous stoner who loves dub and ambient was quite difficult.“ Do you have any tipps for us for how to get into the mood of recording a dance mix at home?
Haha, well I was conscious that most of the mixes I have done over the last few years have leaned in that direction so I wanted to record something that was closer to how I’ve been playing out, and is a snapshot of that vibe – some fun tunes jammed together to make people dance. In truth it wasn’t that difficult and these days I save the smoking for listening to ambient records at home. In terms of workflow I have found that getting ideas together of an evening is good, but I won’t hit record until the morning. Your ears are fresh and your head is clear. This was recorded at 10am in a studio. If I am at home there is every chance I will just get distracted by my cats.

I wanted to record something that was closer to how I’ve been playing out, and is a snapshot of that vibe – some fun tunes jammed together to make people dance.
Chris Farrell

What are you up to next? Any new releases on Idle Hands Records in the pipeline that you can tell us more about?
I am very much looking forward to playing Houghton and Love International. I’m playing two sets at both, one ‚dance‘ set and another of dub. I have been booked to play at Corsica Studios for Shanti Celeste’s Peach Party at the start of August and looks like I’ll be making a return trip to play in Edinburgh around the same time. I’m available for bookings going into the autumn if anyone is interested they can speak to my agent. For many years I’ve been focused on the shop and doing stuff locally, but these days I have been getting a buzz off getting out of Bristol, playing shows and seeing what other cities are doing. I find it inspiring personally but also useful for my business to see what is happening in the wider scene.
In terms of the label there’s always something happening, I try to make sure I get records out regularly. Coming soon is new one from Crump, followed by something from Konduku and then a debut from my old friend Daisy Moon. I have a bunch of stuff planned for next year as well, but its too early to start banging on about all that.

If ever you are in Bristol make sure to pop into the shop and say hi!