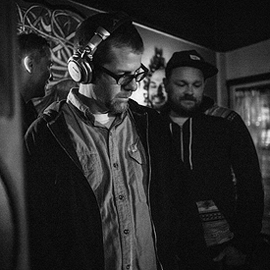 Hi Monkeytek, you’ve been DJing since 1996, you have a label, your own event series and much more – and I discovered you just recently and accidentally through your mixtapes on rwdfwd.com. Furthermore one can’t find much info about you on the web. Is that a conscious decision or just some lack of promo?
I started mixing sounds together during a radio course in high-school, but yeah, actually DJing in 1996. Currently, I run the cassette label and website pdxindub.com and also work with the Dub 7-inch label ZamZam Sounds as well as Lo Dubs Records. In regards to your second question, I wish to avoid the quantum singularity and I’m not really interested in self-promotion. I am not delusional about what I am, which is a record player player… I can’t even play the drums!

How did you come up with your dj name, Monkeytek?
I wanted something that I couldn’t take too seriously.

How did you come to the music that you play and release today? Were there any specific musical moments which shaped your style and who you are (musically) today?
I listened to a lot of everything growing up and it left an impression. It is difficult to remember specific moments, but certainly hearing Jungle for the first time was amazing for me, especially the No U Turn stuff. Brutal! Dub music is what I enjoy most of all now. 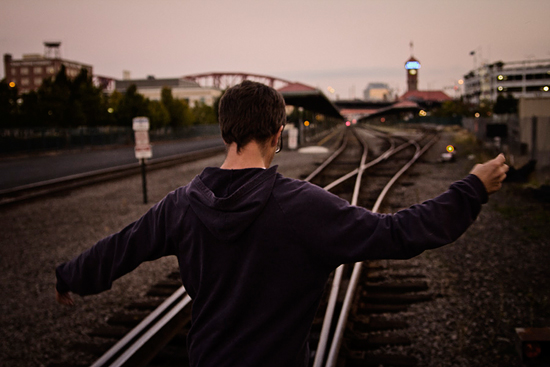 I read about the Various and Version parties – what’s the concept of both of these events, how often do they take place, how do you decide who you want to book – and finally: are the parties well received amongst the crowd of Portland?
The idea of Various started with four pals (Monkeytek, Jon A.D., Ryan Organ and Dial M) getting together to play the sounds we wanted to hear, namely the relatively few Dubstep records that were coming out at the time and oldschool Jungle. As people started to gather round, we started using a big soundsystem called H.A.S. and that is what really gelled into something magical. People really loved it. It ran almost 5 years during the heyday of early dubstep, While we did have several out of town people play, it was always meant as something for us to do as friends, more about keeping low profile and having fun. Version is an idea that travelled through the Various continuum, also born of Dub music.

You live in Portland – to be honest: I just know Portland for its indie rock scene. And I really don’t know much about the city. Since when do you live there and how is the scene for electronic music, especially for dubstep, bass-heavy music? Do you have many gigs or is it all about your own parties?
I’ve lived in Portland since 2004 and it has been a great place to grow the sounds we like and make a big noise. There are several people here doing good work, but most are either hermits or whatever keeps people from organizing. Outside of our immediate circle, there is not much going on of value. There are some corporate sponsored nights that are fully whack, no soundsystem and actual records. Ultimately, this work should reflect an actual culture and result in actual records being released, not just MP3s.

I got two of your mixtapes (Blue No. 11 and Watermelon Dub) and I really love the way you merge dub, house and reggae in such a flawless way – what’s your approach for a new mix, where do you start?
The tapes are a travelogue through time; what I am listening to at the moment. The impulse is an immersion in bass patterns. It is a language that I speak to myself. Really though, it just starts with a grouping of tracks that I enjoy. I try to not think about it too much.

How do you discover new artists and how do you decide which tracks to release? Is there any kind of demo or release policy at Lo Dubs?
It was always and remains to be about finding something with the right feeling. Something that must be said. 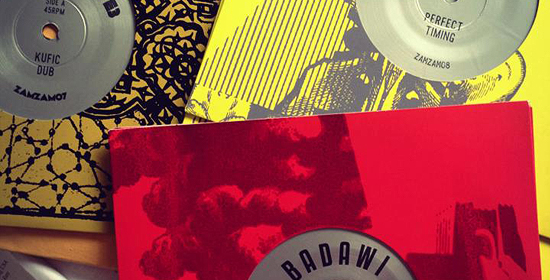 With Zam Zam Sound you’re also running a label focused on 7-inches and roots dub since 2012. How did you come up with the idea for Zam Zam and how is the a&r process for the label? I mean, most people rather know RSD or Deadbeat for their dubstep and dub techno leaning productions.
E3 (Ezra Ereckson) is the label manager. I am an adviser to him and do some a&r, particularly in the case of Xoki & Hieronymus. I also do some promotional work. Ezra has good relations with a lot of folks from back when he ran BSI records and so a lot of the friendships have been in place for many years.

Is the label work and DJing your daytime job or “just” a hobby? How much time each week do you spend with music?
No I have a real job. DJing is more of an impulse, something I love to do and am driven to do. It’s not a job and I wouldn’t want it as my job. I suppose the job portion of DJing is making actual records, represent my friends labels and try and help them to get records made. I am always listening to music; probably half of my waking hours and sometimes when I am asleep.

What is PDXinDub – A blog, a tape series, a podcast series – or everything at the same time?
Errrrmm… Yes! It began as a website connected to a sound system night (Various). Now it is a Dub cassette label and a site for Dub music.

It seems like your favourite medium besides vinyl are tapes – why not CDs and what do you think is so special about tapes these days when so many people don’t even own a tape deck anymore?
I grew up listening to mixtapes and so it is a continuation of that. I like cassettes as objects and as a sonic medium. Tapes sound good. I like having something real to hold inna yu hand. And I love records! I feel that it is important to play records and support vinyl culture. Anyone who takes the craft seriously really must carry records. 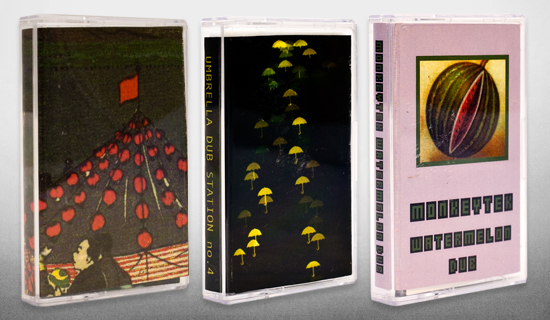 Your next gigs and releases within the upcoming weeks/months?
I play records monthly at a venue here in Portland called Moloko. I like it there as the audio is dialed in nicely with plenty of bass and the lighting is primarily from a series of fishtanks. I will be at Closer Festival playing alongside Alter Echo, Jon A.D and Ryan Organ in June. I get together with friends and play music a couple times a month. My main musical homies are E3 (ZamZam Sounds), Gulls (Boomarm Nation, Christopher Kirkley (Sahel Sounds), Alter Echo, Samizdat (Bass Laboratories) & Saltfeend (Dub Terrain).

And finally your current Top 5 favourite releases, thanks!

1. Kolortown – Sound Is Coming Part III (Kyoto)
This is a stellar slab of dub music for the real now time. Kolortown is a project built of Hieronymus & Xoki along with Nana Jacobi on dreamy vocals from space. Highly recommended!

Cheers to Sky Onion and Turnstyle for cutting nuff dubplates and thanks for your kind attention.