Amir, you you host a weekly show on KZradio. What’s the concept of the show and how do you pick your guests?
There ain’t so much of a concept, it’s just a personal taste based radioshow, like most of the other shows on the station, where I can play anything that’s on my mind, new or old, up or downtempo, electronic, dance-y or not, rock, soul, beats, hip hop, obscure or well known.. really, whatever. The fact that it airs on Thursday afternoon, which is at the brink of the local weekend (Thursday and Friday being the major nights for going out) does give it a certain inclination, as I do tend to take into consideration what I imagine to be the listeners‘ state of mind in these last hours of their work week, as well as what’s going on around town or Israel and i think can be of interest for the listeners.
Regarding guests it’s not so much as picking them but when it works out, if a certain artists from abroad is passing through town and there’s enough time for it (but I have been quite lucky in that regard), and sometimes I invite local colleagues, and then we can dive deeper into their musical world. Sometimes I’ll use a certain holiday or some schedule landmark to do a show based around a more specific idea (like the recent 200th show, which I did a „siesta party“, or a full day of Jamaican music i produced with many guests when Jamaica celebrated 50 years of independence), or have a friend over and we’ll do a one-off surrounding a certain topic we’re into, like Niv Hadas and I did with Andrew Weatherall a couple of months ago, when he had two albums coming out, so on the back of that we elaborated on his career for three hours, as usually I don’t tend to talk too lengthy about what’s playing other than mentioning the name and giving a bit of context for those wanting to discover more. 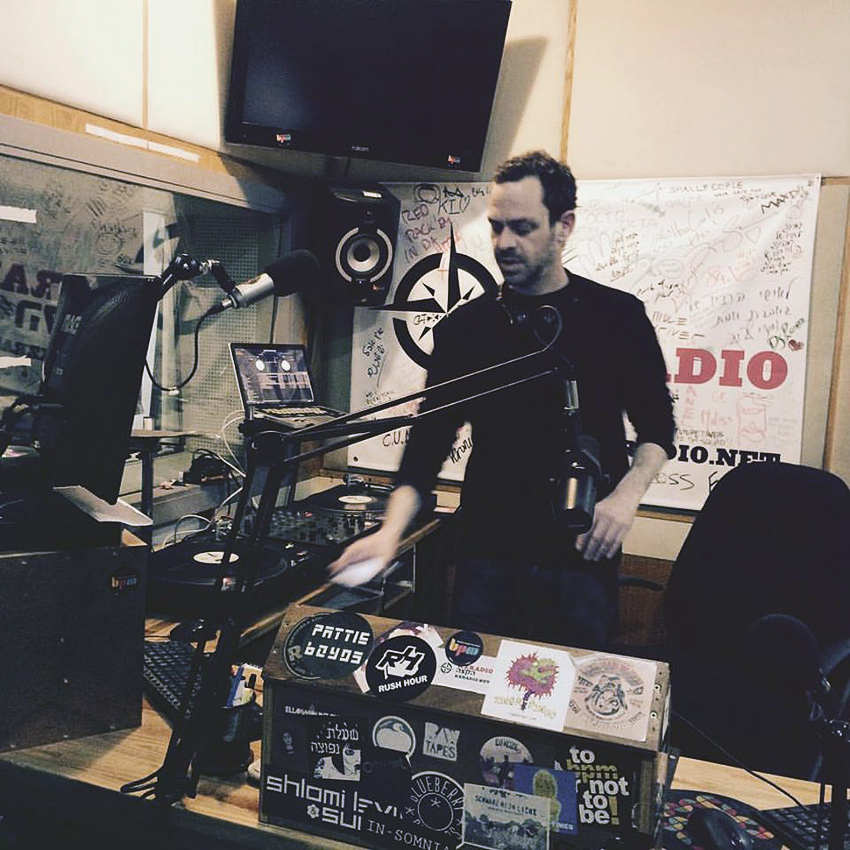 As a part time music journalist and long-time DJ, it goes without saying that you know a lot about the electronic music scene of Tel Aviv. We’ve been there in 2013 and lots of people told us, that there was a new energy in the electronic music scene of Tel Aviv back then. How’s the situation today, what’s left of this energy – or did it even become bigger?
It’s quite good at the moment, at least as good as in 2013 or even better. On the party/DJ front I think it’s healthier than it’s ever been, with the locals making up for a very nice part of the line-ups. On the production side it seems to me the current generation in the limelight, those at the end of their 20’s/early 30’s, have a very balanced approach between their local activity and their international aspirations, as well as being quite grounded in relation to what are the possibilities waiting for them out there. Obviously there’s Red Axes, Yotam Avni and Deep’a & Biri, all doing really well in their fields, and many other producers, DJs and so on learning and taking inspiration from their example, which to me seems that feeds back locally more than with what happened in previous generations, when it seemed certain artists‘ success was more isolated.
You’ve got the Malka Tuti label, Naduve, MiddleSkyBoom, Moscoman (though he lives in Berlin) and his Disco Halal label (watch out for the Autarkic mini LP and the TCP reissue they’re releasing now), all of which are somehow musically and/or personally connected to what Red Axes are doing; you’ve got the Parallax guys (TV Out, Yogg, Pharaoh), Mule Driver, Afik Naim and others on a more techno-y vibe; the Raw Tapes label which do all kind of trippy beats and are now celebrating eight years of activity; Fortuna which are really excelling in the reissue game with a distinct regional flavor the world seems quite interested in at the moment; Garden City Movement and their BLDG5 label with their indie-beats; many indie bands which work both in and outside of Israel; and quite a few other electronic producers about to launch stuff into the world, like my co-resident at the club, Stephan Bazbaz, who’s just about to launch his No Waves label, with some very cool dubby deep house stuff. It’s really hard to mention everyone, which is a good sign. I included a track by Mo Rayon in the mix, which I’m really digging the stuff he’s started to put out lately under the Fufi Moods label (currently only via Bandcamp).

If someone who’s into clubbing, digging and all that, would visit Tel Aviv for the first time: Which places would you recommend to him/her?
If it’s for records then you should pass by Hamor Records, The 3rd Ear, The Black Hole, Auerbach Salon and B-Side. For clubbing, well I’m a bit biased, obviously, as I’m part of the Breakfast Club, but there’s also Block, which is the biggest club around, as well as Bootleg and Alphabet, and a big bunch of bars which have DJs on a daily basis. 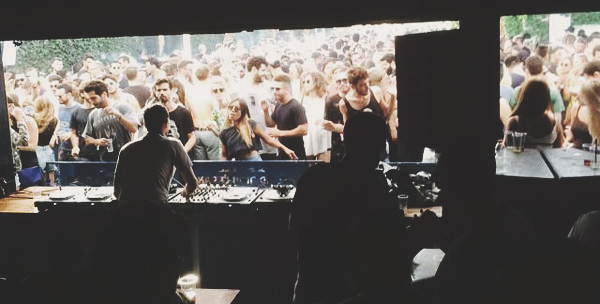 When did you start buying records and where/how do you buy and find new (and old/used) vinyl today?
I’ve been buying music from childhood, but vinyl with a DJ mindframe from probably 1999, as my first 2 gigs where on the night of the millennium, alongside Niv Hadas which I mentioned earlier. Like many others around the world I buy most of the new stuff via Juno, sometimes thru other online stores, and just lately I’ve started a bit of discogs buying here and there. I do quite a bit of shopping of new and old whenever I’m abroad, and I visit the local stores whenever I manage, as there’s a small resurgence of local stores after many years of almost none at all. Thou I obviously love vinyl, I must say I also buy quite a lot of digital, and mostly use the web for digging… I’m not much of a format purist, just trying to keep it practical.

Thanks for your mix! Where and how did you record it?
I recorded it at the radio station’s studio, it’s mostly vinyl and three tracks from digital, in one take (had a bit of playing with the selection before, just to eliminate some stuff as I can be all over the place), all tracks which I’ve been playing quite a lot over the past months/year, sort of like going from what I’d play at the beginning of the night at my residency on Thursday nights at the Breakfast, till what I might be playing around 3-4am, condensed in an hour. Thou really, it’s just a part of the spectrum, as I’m lucky to be dj’ing there 3-5 times a month, doing all the different slots, opening, mains, closings, sometimes alone and sometimes back to back with my mates Niv or Uriah Klapter. Red Axes join us once a month, and I do a monthly freestyle session at the small room, and sometimes I venture into our other nights, guesting on a Tuesday here, doing an opening slot on a Friday there (lately before Axel Boman in April and last week before Lawrence).

Finally, please tell us about your upcoming DJ gigs.
This week is quite busy: tomorrow I’m at a bar called Kuli Alma, before and after a show by Playdead from the Raw Tapes crew; Wednesday I’ll be visiting my friends at the intimate Uganda bar, which is super open minded, anything goes kinda vibe, from ambient to electro; Thursday I’m at the Breakfast Club alongside a local line-up; Friday at a rather new place called Sputnik; and Saturday afternoon I’ll be doing an hour of African music at a charity event for immigrant children at Romano.