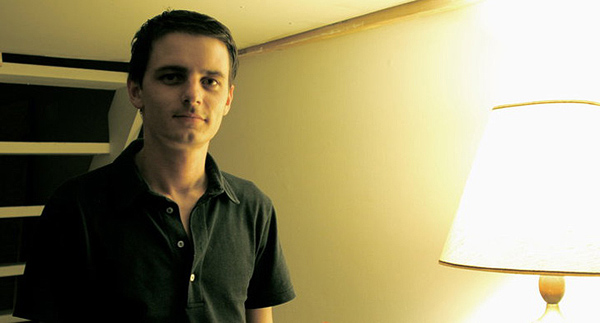 During the last couple of weeks one could read alot about the „comeback of ambient music“, and yes, there’ve been a lot of great releases in this field in 2014, one of them for sure was And the Infinite Sadness…. Do you agree that it was a good year for the ambient / modern classical and what have been your favourite records of the past year?
I guess I don’t understand that. Maybe there are just more ambient records than ever before because there are more people than ever before and loads more making sub par ambient records in their room because there is nothing better to do anymore. Or maybe the infinite sadness is real and ambient music is the next big thing. Was it a good year for ambient music? Not on my chequeing account. I didn’t listen to enough new music to have favorite records of the year this year but reissues by Taiga Remains, Mark Banning and the new Grouper album were quite beautiful and pretty ambient.

In the nineties the chill-out room was an essential part for alot of partys. Nowadays, you don’t find them anymore. Is it time for the return of the chill-out room?
Our nineties chill out room in Calgary was like a very disturbing film. I was only 13 or 14.

There’s a video of you and some other guys playing live at the Suoni Per II Popolo music festival in an old fashioned swimming pool, which looked quite fun to play in. What’s the most special or beautiful place you’ve ever had a live show at?
It went over quite well sound wise and attendance was good and consited of a lot more swimmers than expected. Really wish it was of dimmer lighting and maybe having more time and licensing would’ve bettered it but best space I’ve played was either the Chalmers Church in Kingston or The Isabel also in Kingston. Great town. Good folks and many beautiful haunting spaces along the Lake Ontario. It would seem odd for a Kingston local to hear I’m sure but that town has always felt like a strange but intriguing dream.

Even though you’re from Montreal, a city with a rich music scene, it seems like you’re not too much into collaborations with others musicians, are you? Why is that and will there maybe be any collaborations with local producers from your side in the future?
Not from and in fact rather new in some ways still to the music scene or people but if the right idea and feeling with someone comes along I would be interested but it just happens and usually doesn’t even if it seems like it does. There may be some work with people down the line the longer I live here, but like a song goes, “who knows where or when…”.

With their hypnotic subtlety your tracks often remind me of Basic Channel and other Dub Techno producers. Time doesn’t seem to be a factor with your music, too, and it’s hard to find any obvious structures in the tracks that would make it possible to remember or hum them easily. And just like your music the tracks of Mark Ernestus & Moritz von Oswald are often compared to the paintings of Mark Rothko. Do you enjoy Dub Techno and do you intend to produce music like that one day eventually?
I definitely have enjoyed the odd techno performance and recordings, especially Basic Channels 90s work but don’t see myself too close to it but maybe it is as I think with certain new songs they abolished a sense of speed. That’s to say I don’t find my music or some of it to be particularly slow or fast. I don’t think I could ever produce it as a record but the right show or odd party could be fun. You don’t wanna see me dance to it though. 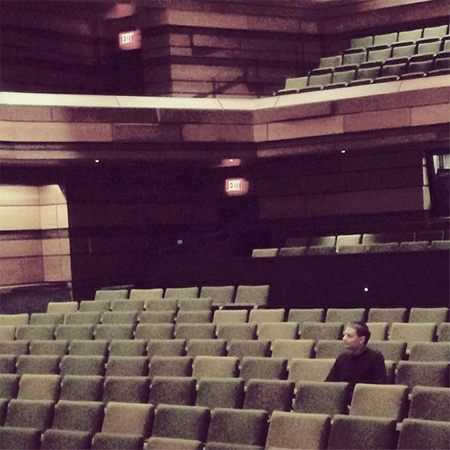 What can you tell us about the idea behind your mix for Ashore?
I guess it’s some new ambient and some old. I couldn’t really think of anything super special to put together but some of the ambient here has been special over the years or last few months and I find myself enjoying ambient as I haven’t before. I think it’s always been there and I’ve always been compared to ambient music acts and even Eno who took me some time to come around to when I was younger but just afraid to embrace that term or that I am making a music referred to as background or relaxing music. I think it’s always been a bit more heavy on the mind than what others consider it and always wanted it to release energy of some kind rather than subdue the listener or put them to sleep. There are some on here with good emotional depths and even truly sad depths.

Any upcoming releases you want to mention and what are your plans for 2015? Is there any chance you gonna play some gigs in Europe and/or Germany?
Not really any releases planned that I can safely speak of. Not sure about shows this year either. As of now I might be in my worst personal shape yet. Like worse than Europe’s financial shape probably.